Guide: How to get Gems in Clash of Clans

As gems are the most important currency of the game, here are some easy ways to earn them. They are required in order to construct some of the game's most critical structures. You can also utilize Gems to speed up production, although this is something you should avoid if you want to save them for essential structures. The makers of the game want you to buy gems from the cash store, so they can be hard to come by, but with a little strategy, you won't have to.

Find plants and rocks which are obstacles preventing village's buildings from being placed properly. A player can still create towns without being hampered by impediments (by building around them or selecting a relatively clean spot). To make room for buildings, the player must either use a Builder to remove barriers or use a Shovel of Obstacles to relocate them elsewhere. Removing rocks costs Gold, and removing plants costs Elixir.

Allow the regrowth of plants. Plants will respawn after eight hours, allowing you to continue removing them for further Gems. However, if your community is completely full, they will not appear. The plant must also have an extra tile of space between it and any other object, which means the surrounding eight tiles must likewise be empty. Plants, unlike rocks, grow back. For removing impediments from your community, you'll receive an award. You'll get five Gems after overcoming five hurdles. You'll get 10 Gems for removing 50 obstacles. You'll get 20 Gems for removing 500 obstacles. 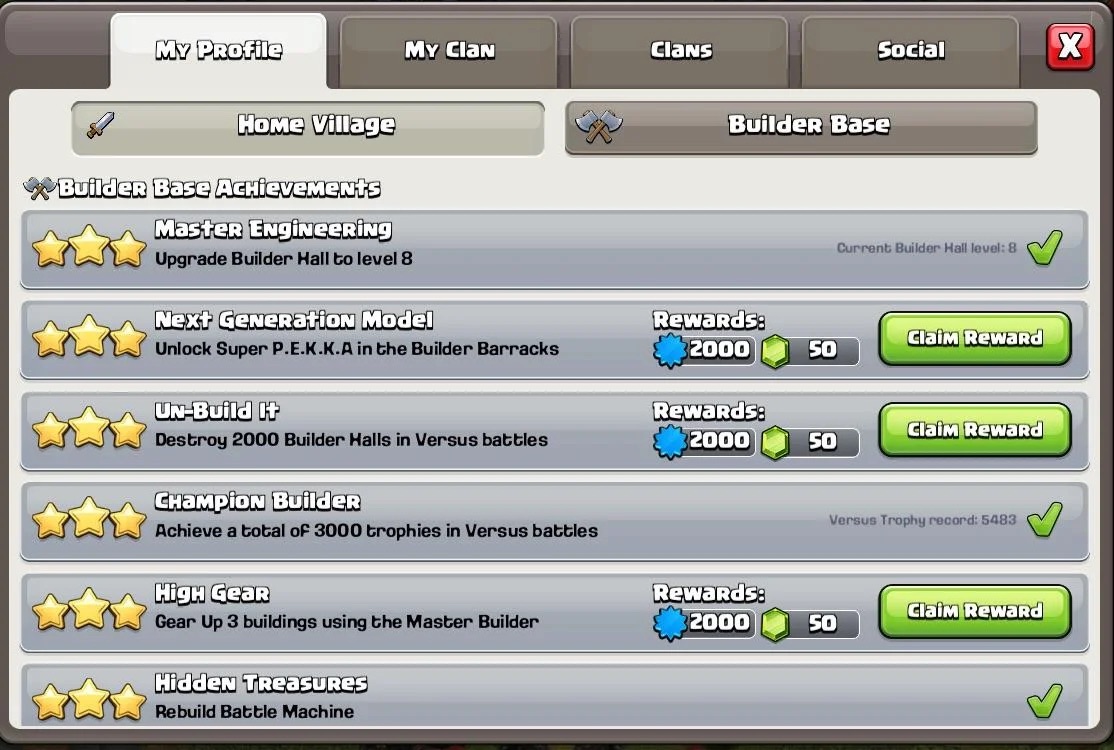 Other players must be defeated as battles with other players are where the most valuable achievements can be found. Completing these milestones will grant you thousands of Gems. There are a multitude of non-combat achievements that can reward you Gems as well. These aren't as lucrative as the fighting awards, but they can be obtained by upgrading your town. Removing obstacles, upgrading the Town Hall, stealing Gold, unlocking units like the Archer and Dragon, and completing the Campaign are all ways to obtain accomplishments. Completing these milestones can normally get you up to 20 Gems. Collect your badges of achievement. 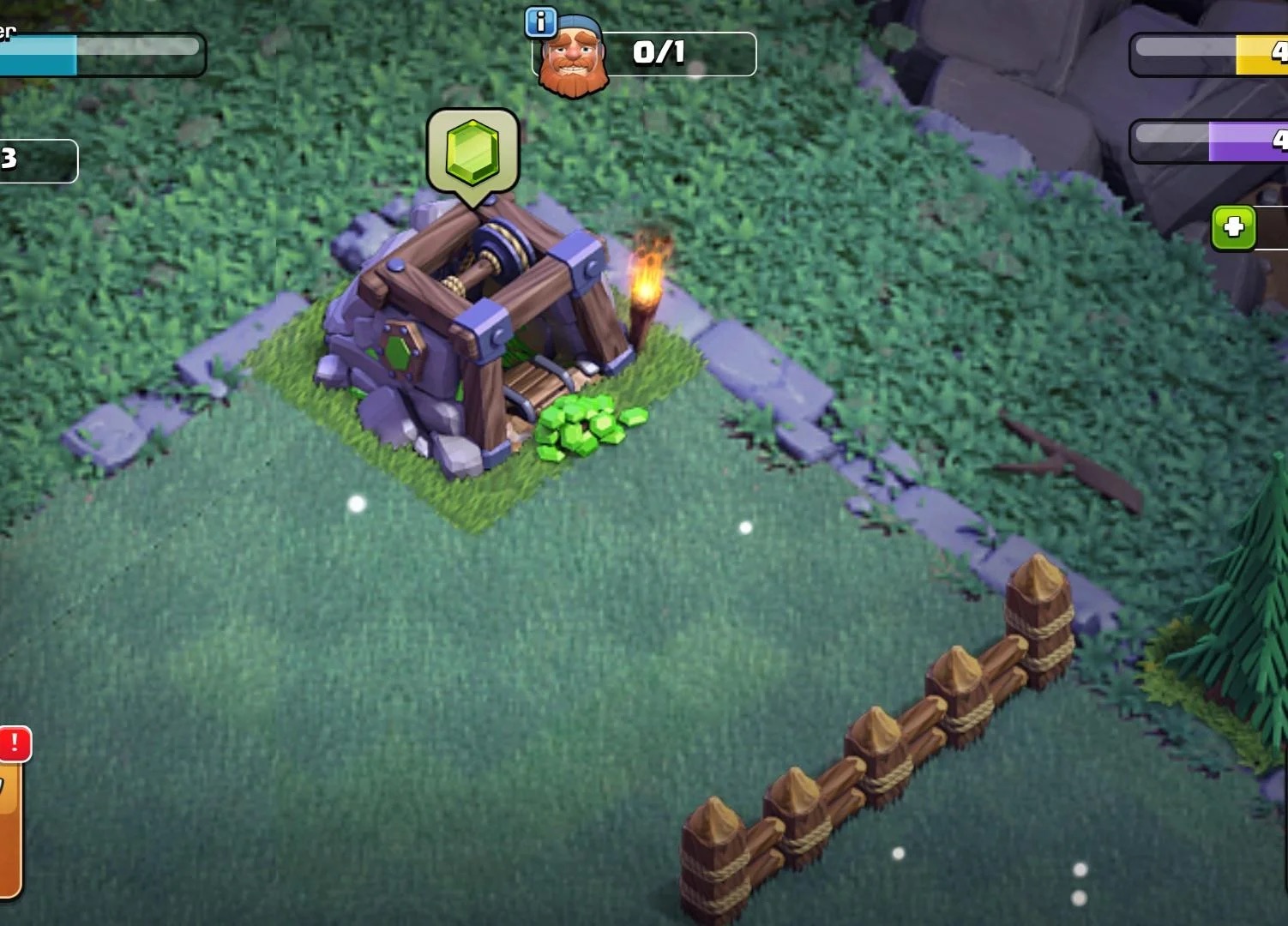 The Gem Mine does exactly what it says on the tin: it provides players with jewels dug from the virtual soil at predetermined intervals. To open the Gem Mine, you must first board nearby ship and journey to the Builder Base. After arriving, users must spend 120,000 elixir to access the Gem Mine. That's right, it's not cheap, and after dropping all that elixir, gamers will be presented with a one-hour timer until the Gem Mine is ready. Players who don't want to wait an hour can buy 50 gems to eliminate the one-hour timer and receive quick access to the Gem Mine, as is customary in Clash of Clans.

The Level 1 Gem Mine will start producing gems at a rate of 2.1 per day once it is up and operating. 2.1 diamonds every day, to be exact. Given that users must use their elixirs in order to finance the Gem Mine, it will take four real-world months for the Gem Mine to fully compensate players for the gems they have spent. It's all about the money after that. Players can enhance their gem mines to increase the pace of gem output over time by spending more gems and elixirs. Each upgrade level adds 0.3 gems to the gem production rate, and the Gem Mine looks to be capped at 4.2 gems each day. 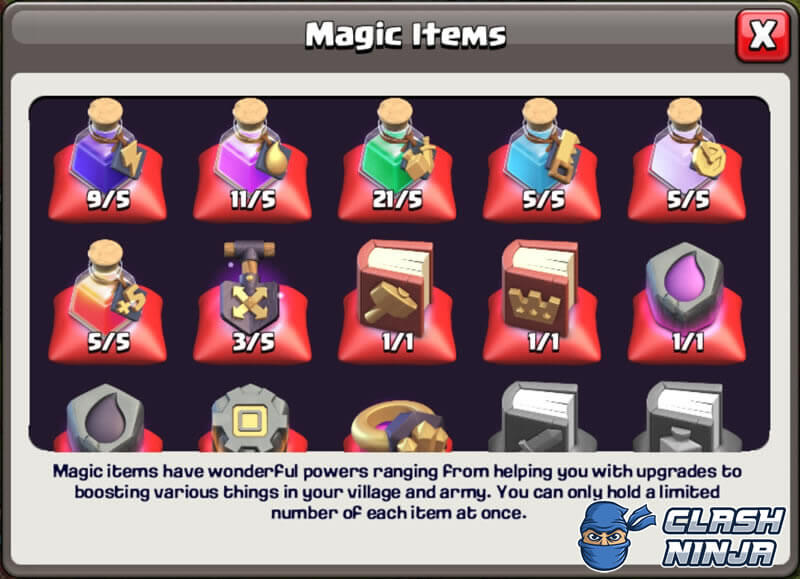 Inside your Town Hall and Builder Hall, you'll find these unique objects. You'll be able to see a full list of all Magic Items within their interfaces, with the ones you've obtained appearing first. Descriptions are also available. Magic Items enhance the performance of your structures, armies, heroes, spells, and other in-game elements. Some Magic Items will give you a boost in production, while others will finish an enhancement you're working on right away, among other perks. You can turn in a Magic Item to get Gems.

Magic Items can be obtained in one of five ways:

Clan Wars allows players to use relevant Magic Items (such as the Power Potion). The Town Hall or Builder Hall can be used to access your Magic Item inventory, albeit some Magic Items cannot be utilized straight from this page. Attackers are unable to steal magical items in any way.

How to get Gems in Clash of Clans